Like many other lawyers, I have multiple devices, but I’m usually on my laptop for work. So here are some of the best apps that I use to make life easier for me and my clients. Have you developed any over the years? Let us know about them in the comments!

If you ask someone what digital law means, documents like e-discovery (basically searching through your email) or case management (managing your cases) will likely come to mind first. But there is so much more! Here are some great apps that will help you with anything related to your practice—and they’re all free!

The Maine Public Broadcasting Network on May 13 aired a report by Barre Beatie (see the original MPBN video here, and the MPB1 full version here), titled “Maine law firm pushes to name & shame companies that don’t pay enough.” The segment of his interview with Stephen Dwyer and Jessica Curtis is available online: http://forensic.mpbn.net/2011/05/13/maine-law-firm-pushes-to-name-shame.aspx?clip=0&playerid=10 . He commented that he wanted to see lawyers campaign for good corporate citizenship, citing fair wages and worker protections as such things should be expected in such a region, not something relegated to foreign shores overseas in places like China or Bangladesh where workers are treated poorly, even going so far as saying illegal immigrants may be encouraged to move to the United States if they believe their employers will treat them well in exchange for their labor! As Dwyer points out during the report, this type of “safety net” existed not only when US corporations owned properties in independent countries but also when US corporations owned local property when doing business abroad. Said Dwyer: “In Europe [and former British colonies], it’s an obligation — rather than a choice.” Regardless of location, companies must do what they can legally do under the law whether at home or abroad, said Curtis. If no laws apply specifically addressing unfair labor practices with regard to compensation and benefits owed

A Bullseye View. Behind the scenes at Target 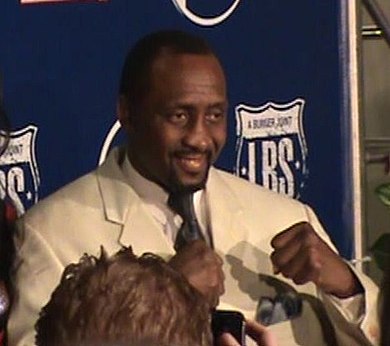 BERLIN—Philip Friedman, CEO of Autodesk, does what every young entrepreneur wants to do: He started a business. It was 1998 and he’d just graduated from college, but the timing was perfect. Software had become available at far less cost than it had before, enabling anyone with an idea to develop it. Mr. Friedman is quick to credit Tom Stemberg for making software widely accessible in the 1980s; “Tom put the tools online that gave people the ability to program quickly without having gone through formal education or IT training,” says Mr. Friedman. “The increased size of markets provided us with opportunity as well as great challenges—from building out capability within our own company with limited resources to hiring employees around the world who could leverage new technologies for unlimited growth potential leveraging best practices.” But there were also plenty of painful lessons learned along the way (see related story). To prepare him for future projects like this one, Mr. Friedman attended Columbia University School of Business and Economics during summers with StormClimb Technologies Inc., a startup company founded by another former classmate at Columbia studying electrical engineering and computer science whom he met at a summer internship during his last year there while receiving honors credits toward his MBA degree in operations research/management science from Stanford University’s Graduate School of Business while he worked full-time on StormClimb during evenings and weekends through 2009 before leaving shortly after its acquisition by Siemens AG